This is a settlement of the 11-13th centuries, one feature of which is a legendary cave monastery which dates to the same period and has a complex of natural and artificial caves and grottoes.

The main entrance to the cave is decorated in the form of a gate-chapel with a figure of the grieving Mother of God (first half of the 20th century). Nearby, there is the Church of the Assumption of the Blessed Virgin Mary on the mound (founded probably in the 11th century, known since 1416, it was a defensive construction, rebuilt in the 18th century and 1920s).; The Stations of the Cross, decorated with modern monumental sculpture. 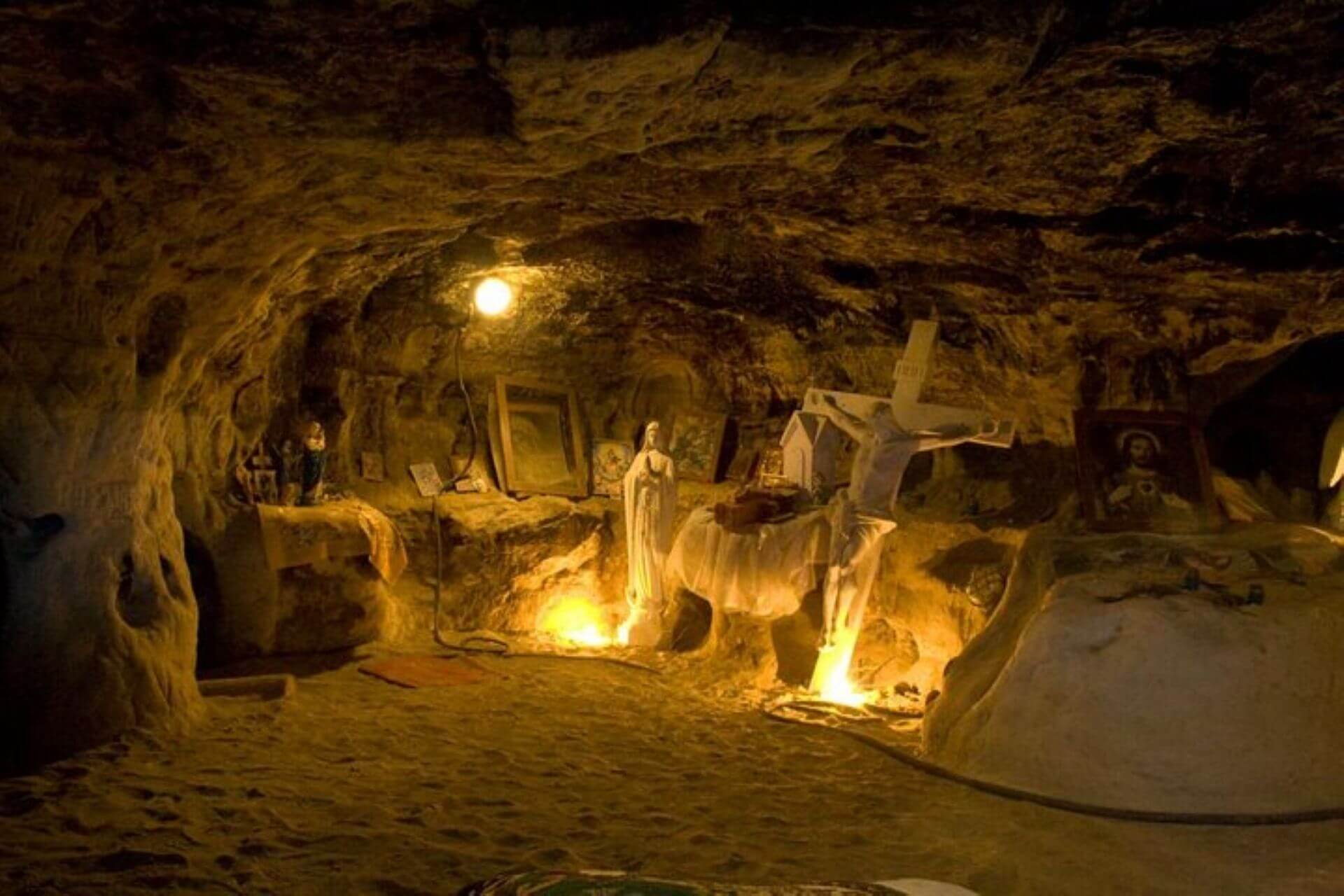 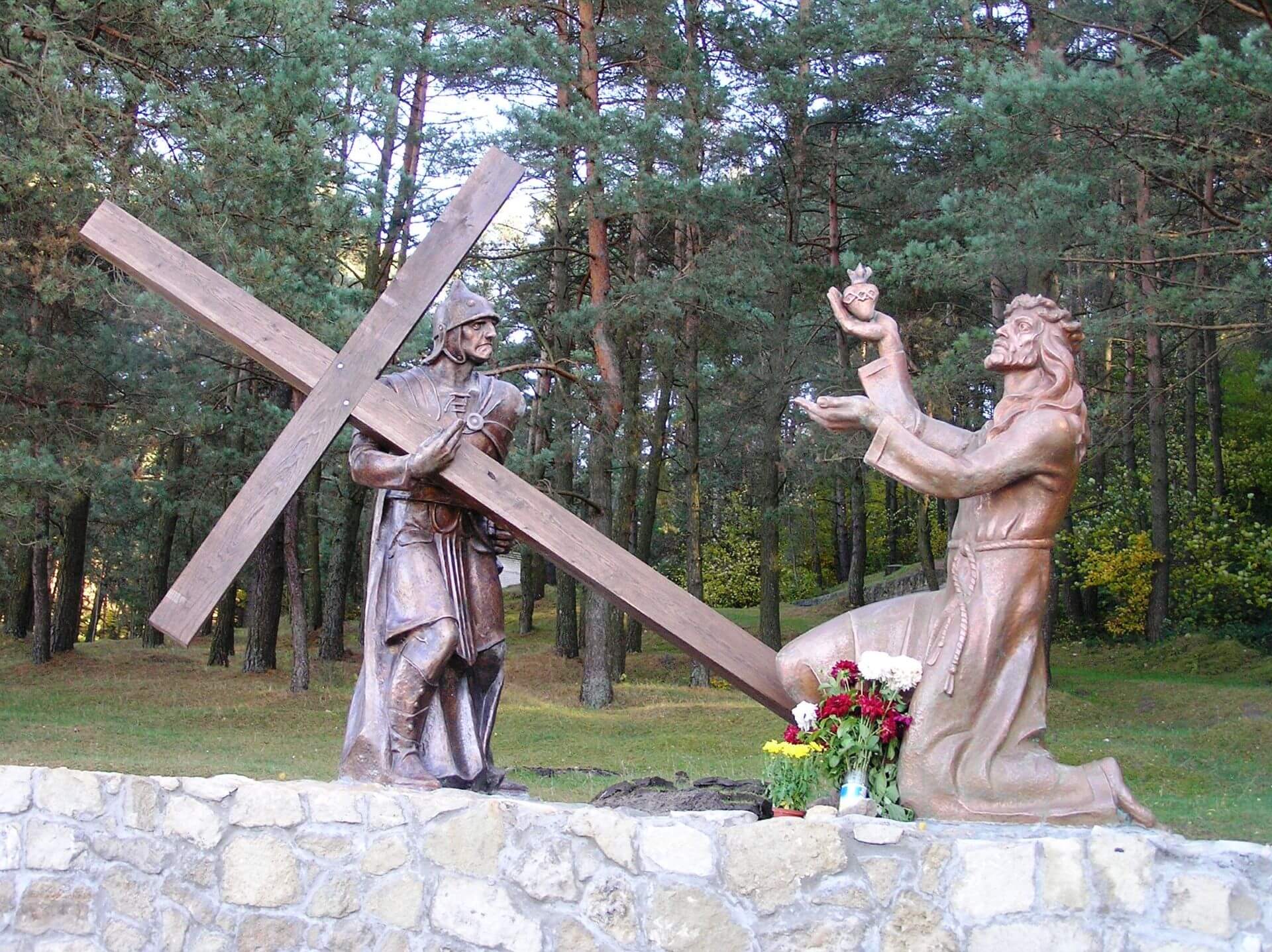 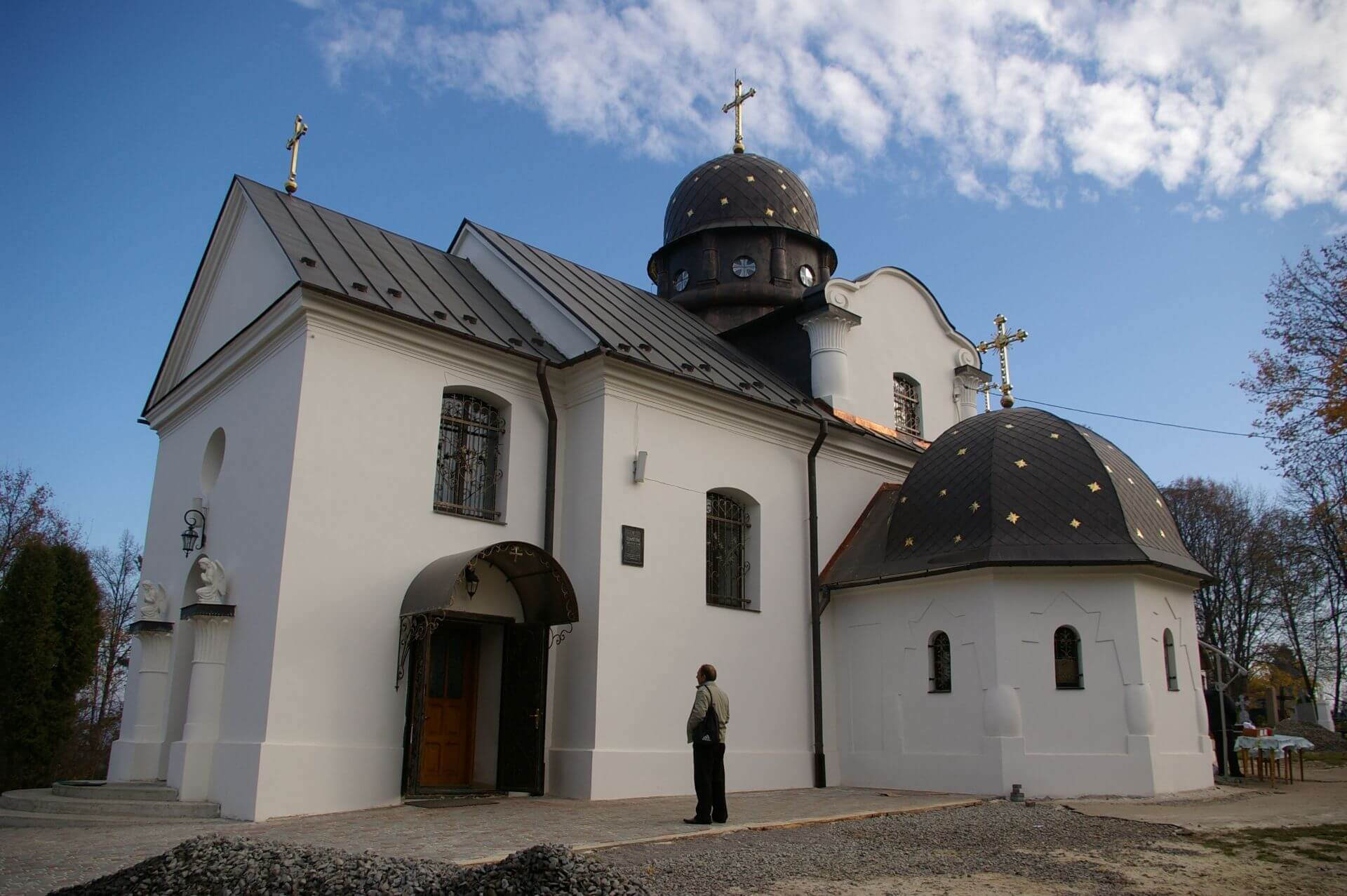 This location can be seen on the routes:

You may find interesting