What mushrooms can not be collected?

It is considered to be the most dangerous mushroom existing in our latitudes. Even a small piece of deadly amanita can cause irreversible damage to human health. The poison of this mushroom affects the liver and kidneys. In addition, the symptoms of poisoning appear when it's too late to help a person. 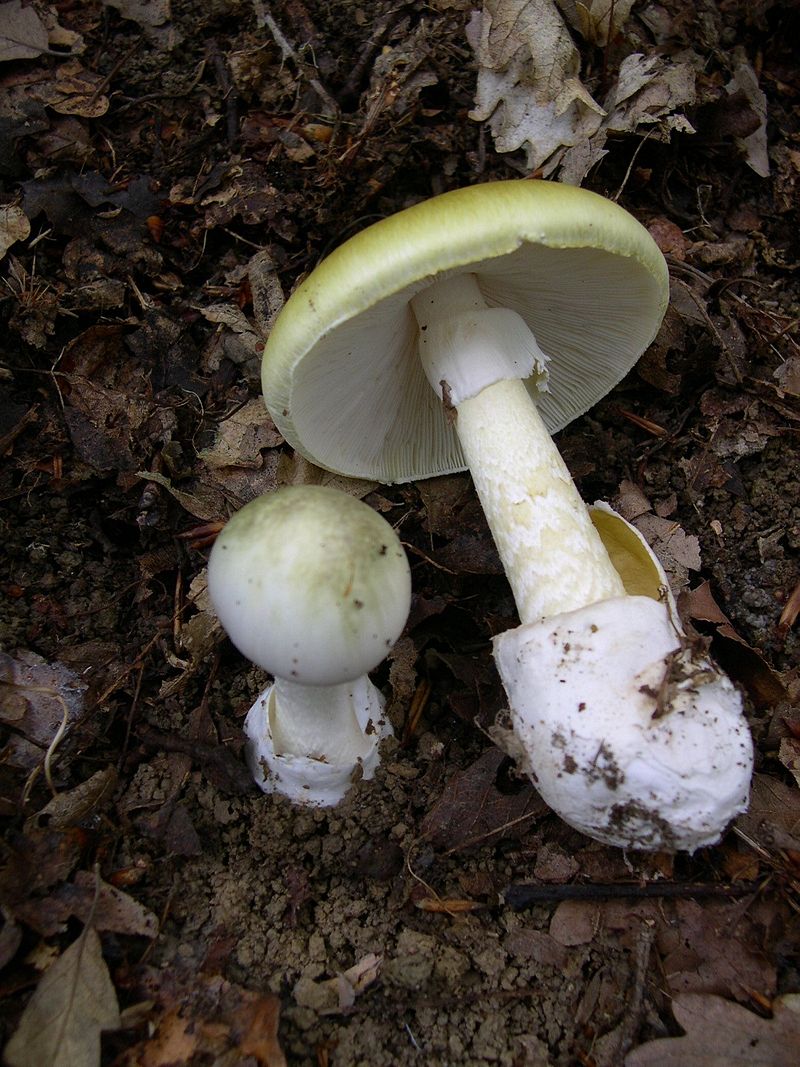 Although the red-hatted toadstool with white spots is a symbol of all poisonous mushrooms among the people, it is a genus of more than 600 species, including the conditionally edible and at least six fully edible toadstool species.

This is a highly poisonous mushroom, the level of danger is second only to the deadly amanita.

At first, poisoning by a red toadstool causes attacks of anger with a desire to destroy. This is followed by visual and auditory hallucinations. In case of severe poisoning, there is loss of consciousness, lethargy, memory loss, in severe cases - coma and death. 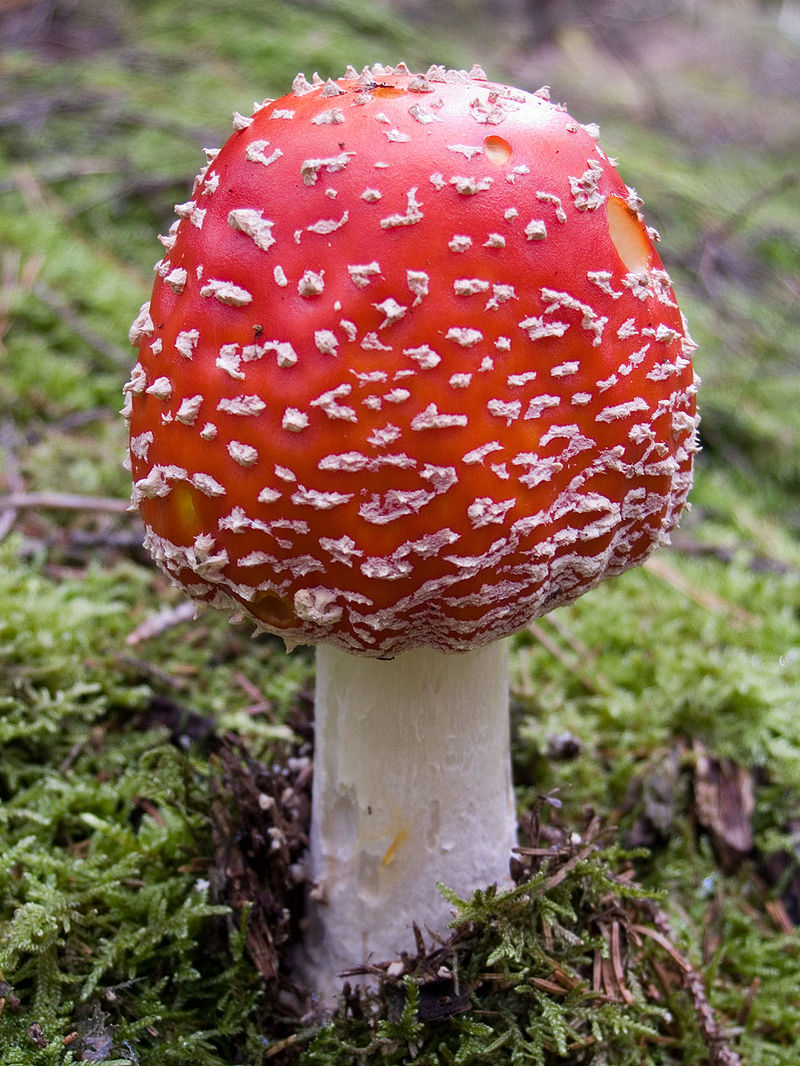 This mushroom has high toxicity, which persists even after prolonged cooking. It is known that even one gram of mushroom causes severe poisoning.

It reaches large sizes in late summer, its rounded, pillow-shaped hat grows up to 30 cm, and the massive stipe can be 15 cm in height and 10 in width. Mature representatives have a more widespread shape. The skin on the hat is velvety, sometimes smooth to the touch and dry. The color varies from white to off-gray and olive. The flesh in a section is slightly blue, sometimes red. 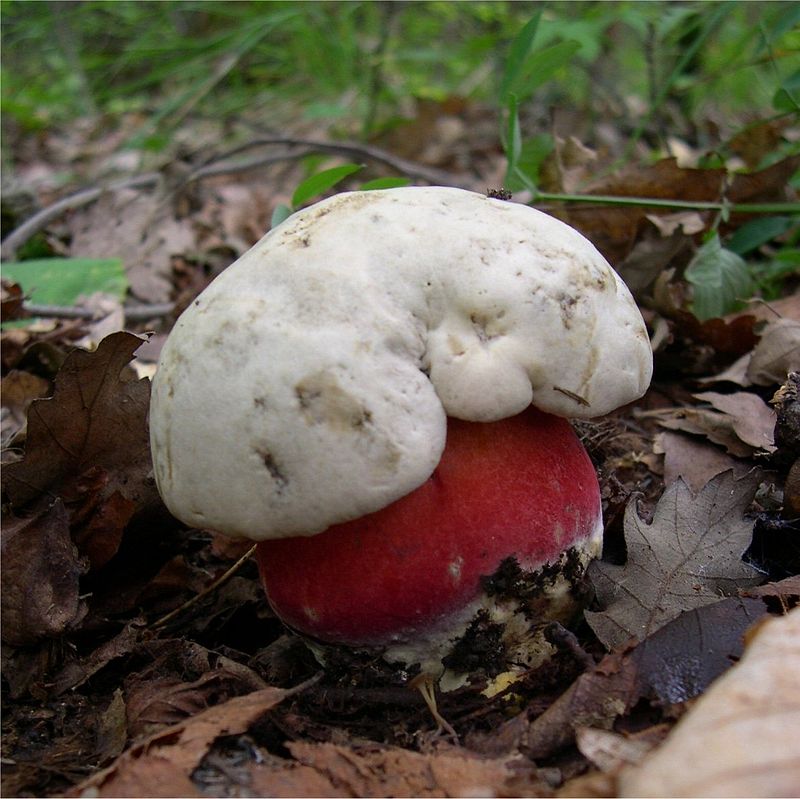 This is an inedible counterpart of the Penny Bun, which differs by the bitter taste of the flesh, pink pores, and the presence of a black mesh on the stipe.

There is a variety of this mushroom with a pleasant-tasting flesh - yellow bitter boletus, which grows in forest glades, has a lighter cap and almost smooth stipe. Bitter boletus can also be confused with birch bolete.

It grows in coniferous forests from June to November. 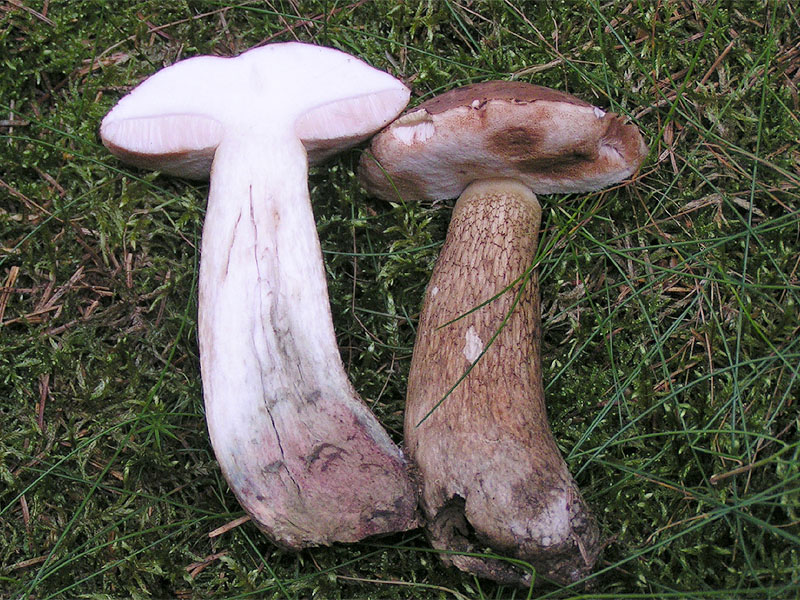 This mushroom is not deadly but it is still harmful and not recommended for humans to eat.

It reduces the number of red blood cells in the blood and has a detrimental effect on the kidneys. As in the case of the deadly amanita, the symptoms of the brown roll-rim mushroom poisoning appear very late. 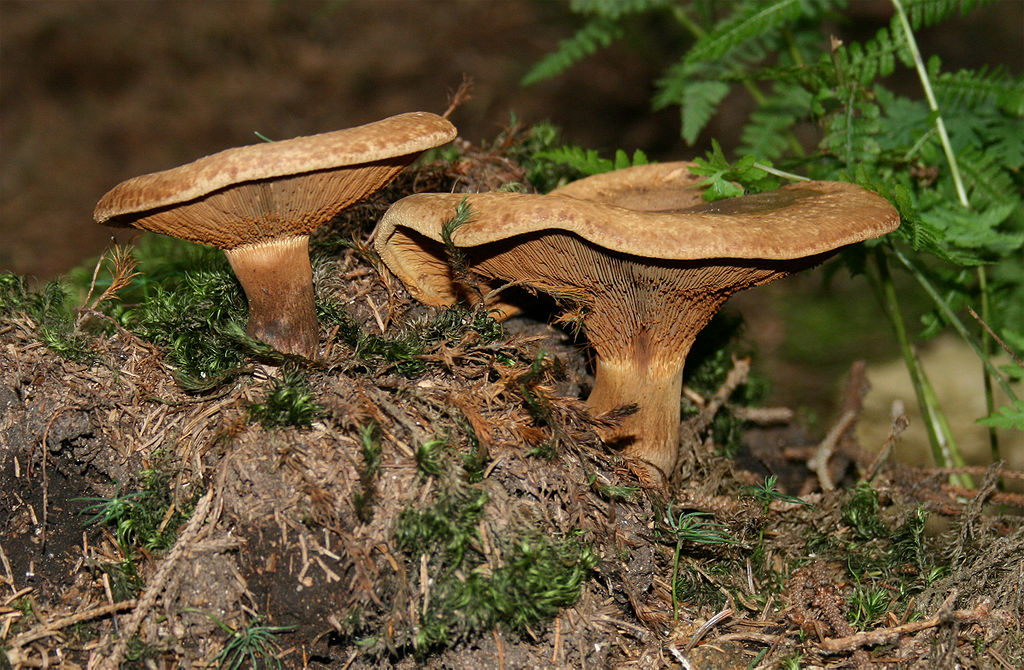 They are very similar to edible mushrooms and also grow in groups but may have a different color of the cap. Real honey mushrooms have a "skirt" under the hat, which is not present in the false mushrooms. Poisonous mushrooms also have an unpleasant smell and yellow plates, and honey mushrooms, on the contrary, smell nice and have white plates. Symptoms of poisoning include diarrhea, nausea, vomiting, intoxication, fever. 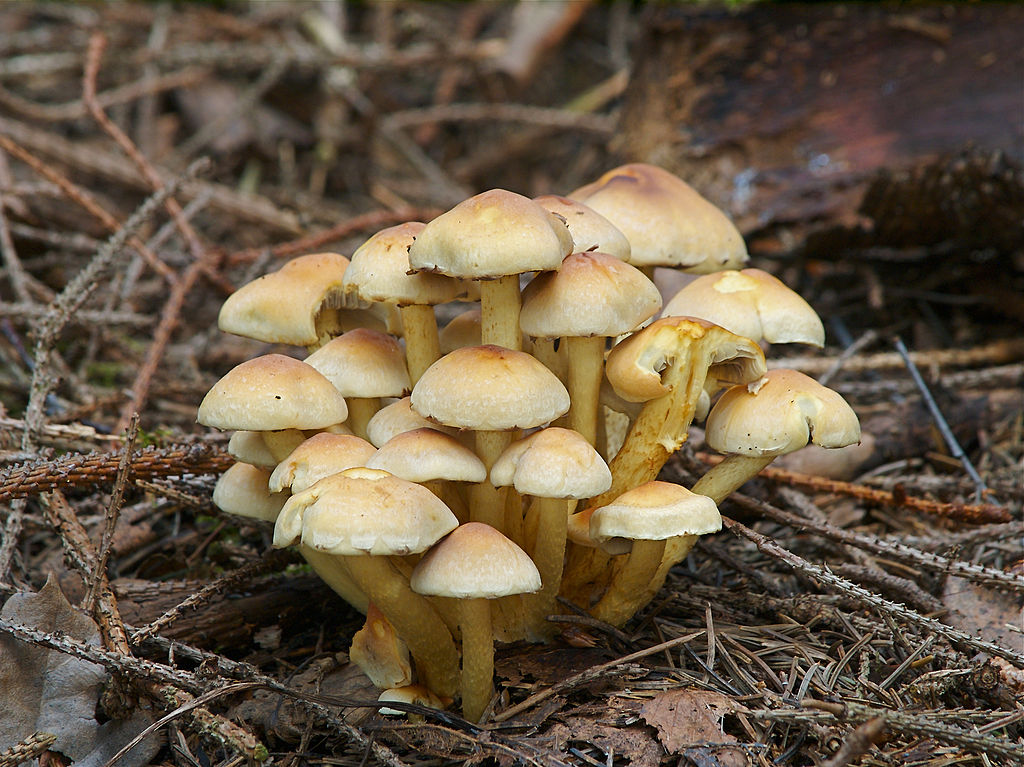 The false chanterelle has an unpleasant repulsive smell, unlike the real chanterelle. False chanterelles are brighter in color and often orange. The mushroom flesh is completely yellow. When you press on the flesh, the color does not change (and the chanterelles turn red). 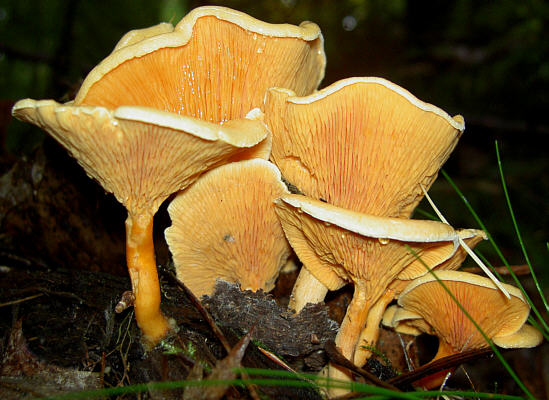